Remember the day when Toyota unveiled its BEV development roadmap? Though it lacked specifics about exact models, the presentation did mention more details on one of the very first Toyota-branded fully electric vehicles that will hit the market. Toyota i-Road will be an ultra-compact two-seater that will be launched in 2020 in Japan. It is designed for daily errands and short-distance business trips, with a maximum speed of 60 km/h (37 mph) and a range of 100 km (62 miles) on a single charge.

Today Japan Times reports that Japan's Ministry of transport has tested this ultra-mini EV together with 18 other models from a total of 11 companies. These are deemed as alternatives to conventional compact vehicles, especially for the elderly and physically impaired. This test follows a series of car accidents which involved elderly drivers and the raising concerns for providing safer and smarter vehicles for them. Because of the low speed of such vehicles, it is expected that the number of accidents will be reduced and even if such accidents happen the damage will be lower than those with conventional compact automobiles.

"It felt more stable than I expected, and the ride was comfortable," said Takashi Ishige, a 49-year-old corporate employee from Yokohama, after testing out an ultra-mini electric vehicle. “I think it may be useful for travelling to nearby shops," he added.

"Recent painful accidents caused by elderly drivers have raised questions about senior people driving cars, but they still need a mode of transport," transport minister Hiroshige Seko told reporters after test-driving about 10 vehicles at the event. Seko said his administration will work towards the promotion of ultra-mini EVs. 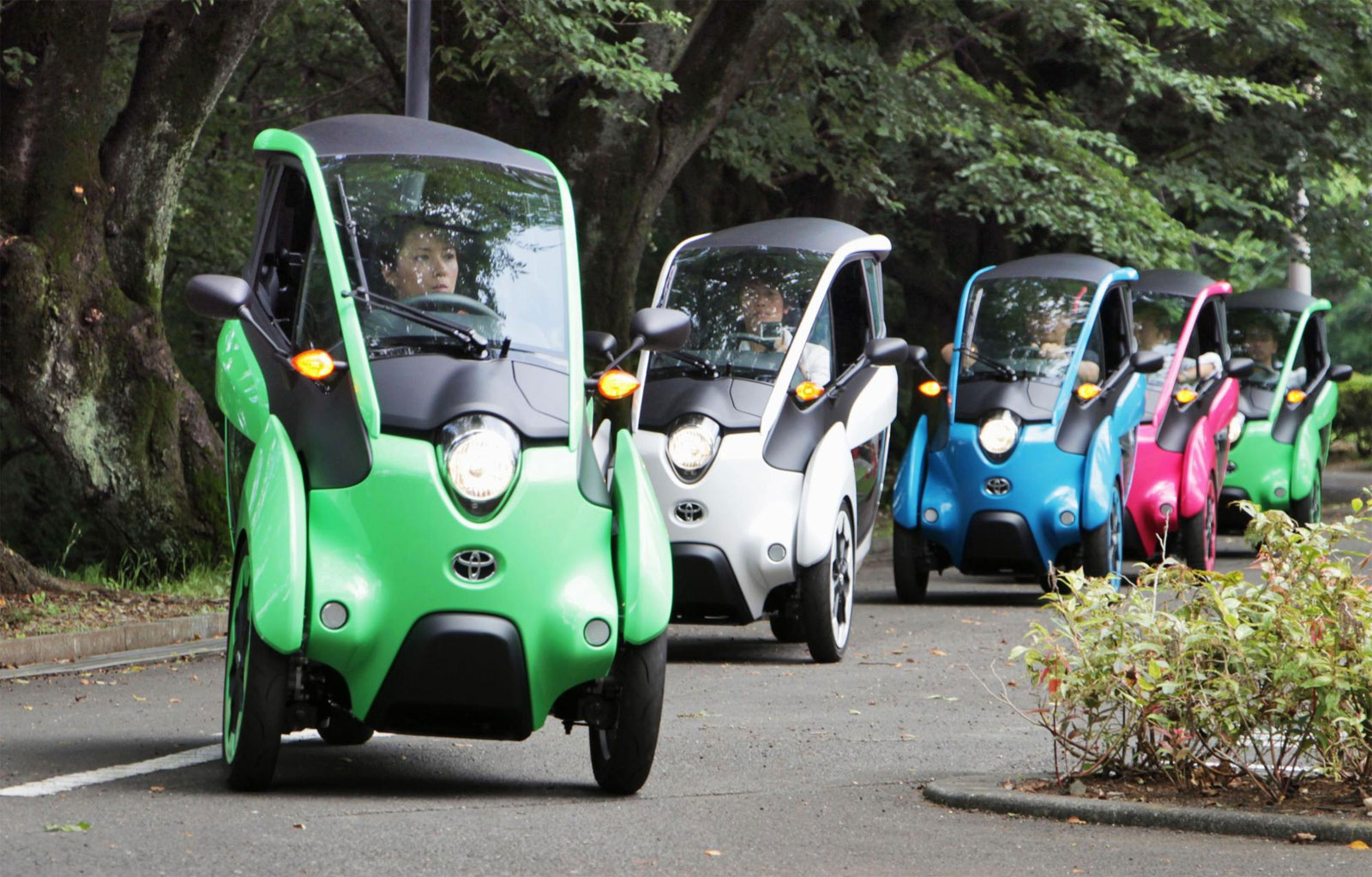 Today, Toyota and BYD announced that the registration of their 50-50% joint venture company is completed. The new company is named BYD Toyota Technology Co., LTD. and will be based in Shenzhen, China. Its main goal will be to research and develop battery electric vehicles (BEVs) and related technologies. New Chairman Hirohisa Kishi said with regard to the establishment of the company, "With the engineers from BYD...

Toyota and Panasonic have announced the establishing a 51:49 joint-venture which will focus on the development, manufacture, and sales of automotive prismatic batteries, solid-state batteries and other types of next-generation batteries. This happens a year after the two companies agreed on establishing such a JV. The JV will be named Prime Planet Energy & Solutions, Inc. and will start operation on April 1, 2020...

The Lexus UX 300e receives a formal announcement for Europe

At the Tokyo Motor Show 2019, Lexus unveiled its global electrification strategy "Lexus Electrified", which enables integrated powertrain, steering, suspension and brake control. This allows the driving force to be controlled in such a way that ideal road handling is guaranteed in every driving situation for driving pleasure and maximum safety. In November 2019, the company unveiled its first all-electric vehicle...

Toyota has unveiled its first battery electric vehicle under the Lexus brand. The Lexus UX 300e will be displayed at the Guangzhou International Automobile Exhibition, which will be held in Guangzhou, China, from November 22 to December 1, 2019. It is the first production model under the Lexus Electrified banner and is based on the brand's global electrification strategy, called "Lexus Electrified". It enables...

The Lexus LF-30 Electrified is a luxury all-electric concept car that was showcased at the 46th Tokyo Motor Show. However, Toyota did not unveil any specifications about the model. It said that it will unveil its first battery-electric vehicle next month. True to its words, today, Toyota said that it will announce its first battery-electric Lexus at the Guangzhou International Automobile Exhibition on November 22...

On July 19, Toyota and BYD announced their cooperation on creating BEVs. The announcement was very short and lacked detail. Today, the two companies unveiled more info on their partnership in this field. More specifically, the two parties will establish a joint venture company to research and develop battery electric vehicles (BEVs). The 50/50 joint venture will be established in China in 2020 and the first products...

Toyota unveils the Lexus LF-30 Electrified concept, the first Lexus BEV will be unveiled in November

The Lexus LF-30 Electrified "embodies the vision of Lexus' electrification". Toyota's vision of what a luxury all-electric Lexus car should look like is showcased at the 46th Tokyo Motor Show that starts today. The concept does look futuristic as per current trends and its smooth exterior is coupled to a newly design cockpit and advanced autonomous driving technologies. It also features four in-wheel electric...

Toyota will showcase its production-ready ultra-compact BEV at the 2019 Tokyo Motor Show, starting next week. This will happen during the FUTURE EXPO special exhibition. The vehicle is planned to enter production and launch in Japan in 2020. It is "designed to provide short-distance mobility while limiting the impact on the environment." Its range is approximately 100 km and the top speed is 60 km/h. The vehicle...

The next-generation Mirai Concept from Toyota looks stunning. It will be unveiled at the 2019 Tokyo Motor Show from October 24 until November 4. This fuel-cell concept electric car builds upon the improvements in fuel cell technology and offers up to 30% greater range, plus improved acceleration and performance. The vehicle is designed based on Toyota's premium rear-wheel-drive TNGA modular platform. The exhibition...

Toyota teased the first all-electric vehicle from its luxury brand Lexus. The Lexus BEV concept will make its public debut at the 46th Tokyo Motor Show from October 23 through November 4, 2019. "Leveraging continued advances in technologies such as electrification and autonomous driving, the electrified concept offers a glimpse into Lexus' future vision, which caters to consumers who are equally passionate about...

The Transport & Environment (T&E) group for a "smarter, cleaner transport in Europe" predicts that in the next three years the number of electric car models on the European market will more than triple. The numbers include BEVs, PHEVs and fuel cell vehicles, or broadly NEVs. More specifically, at the end of 2018, there have been 60 NEV models and in 2021 there will be a total of 214 NEV models, which will increase...

Today, Toyota and BYD announced that they will jointly develop sedans and low-floor SUVs as well as the batteries powering them. These vehicles are intended for the Chinese market and will be launched there under the Toyota brand in the first half of the 2020-2025. The press release does not provide any other facts and specifics.