After confirming that the series-production version of the ID.CROZZ will be named ID.4 and shining some light on its launch schedule, Volkswagen is now providing some more details about the vehicle itself. The production version of Volkswagen's first all-electric SUV will go on sale within the next 12 months. This is the second MEB-based model from the brand and the first to go on sale in America. The pre-production of the Chinese VW ID.4 has already begun in the SAIC Volkswagen EV factory as of November 2019. Volkswagen will also ramp up production in its Zwickau factory in Germany. In 2022, the ID.4 will also go into production in America, at Volkswagen's Chattanooga plant.

Once again, Volkswagen states that the RWD version will go on sale first and will be followed by a powerful, all-wheel-drive two-motor variation soon thereafter. Based on preliminary manufacturer estimates under the EPA test cycle, the ID.4 is expected to offer more than 250 miles of range (500 km WLTP). With its high-energy battery pack in the floor, the Volkswagen ID.4 wraps a highly aerodynamic exterior around an open-space interior, with a cockpit controlled by touch or voice interactions.

The Group expects up to 1.5 million EVs to be built as early as 2025. "We're going to invest 11 billion euros ($12.3 billion) in electromobility, more than any other automaker, with the aim of getting it out of its niche and making it affordable for all," said Brandstätter. 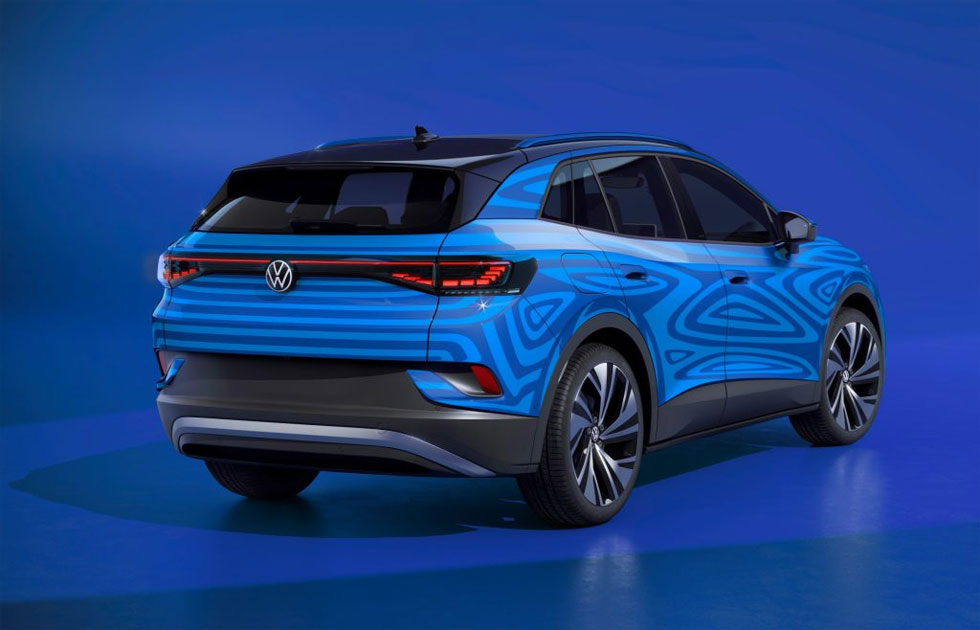 As of today, binding orders for the 30,000 models making up the limited 1st Edition of the ID. 3 can be placed from June 17 in most European countries. As a token of thanks for their loyalty to the brand, Volkswagen is offering all pre-bookers wishing to take possession of their ID.3 1st as quickly as possible membership the 1st Mover Club. Delivery of the ID.3 1st to "First Movers" begins in early September. This...

The Volkswagen ID. Charger goes on sale in eight European countries. Priced at EUR 399, the charger can be used not only or VW's ID. models but also for other EVs with a Type 2 connector. It will be gradually introduced in three versions. All have a charging capacity of up to 11kW, a permanently mounted Type 2 charging cable and integrated DC residual current protection for maximum safety. The two top models - the...

Volkswagen has initialized its TR5 project for EV battery supplies

The Elec reports confirmed information that Volkswagen has sent letters of intent (LOI) to battery makers to buy batteries for its MEB platform. LG Chem, Samsung SDI, SK Innovation, and CATL have expressed their intention to participate in this project, which was named TR5. The industry estimates that the total costs will be around EUR 14.6 billion, which is in line with the European volume of the TR2 project. Up to...

Volkswagen-Ford global alliance gets into action, begins with a Ford EV for Europe based on the MEB platform

Last year, Volkswagen and Ford announced a strategic partnership twice - once when VW decided to share its MEB platform with Ford and once again when Ford said it will build an electric car on VW's MEB platform. Yesterday, it became clear that the Volkswagen-Ford global alliance is taking action by announcing three simultaneous projects in electrification. The first is the creation of a Ford EV for Europe, which...

Volkswagen announced that it will increase its stake in JAC Volkswagen - this the group's joint venture for e-mobility in the Chinese market. Volkswagen will invest around €1 billion for acquiring 50% of JAC and increasing its share in JAC VW from 50% to 75%. This will ensure the group takes over management to pave its way for more electric models and infrastructure. In addition, Volkswagen will invest another €1...

The Volkswagen ID.3 1st will be available for order from June 17

The Volkswagen ID.3 1st will be available for order from June 17. This was announced on Twitter by Jürgen Stackmann - Member of the Board of Management Volkswagen Passenger Cars for Sales, Marketing and After Sales. He also added that Volkswagen ID.3 1st 1st pre-bookers will be contacted by their local dealer shortly after the order is placed. In right-hand-drive markets, orders will be open about 4 weeks later. The...

Volkswagen will resume passenger car production in the week from April 20. More specifically, these are the plants in Zwickau and Bratislava. In addition, from April 27, successive resumption of production at the other Volkswagen brand plants in Germany, Portugal, Spain, Russia, South Africa, North- and South America. The brand will employ a 100-point plan for maximum health protection Ralf Brandstätter, COO of the...