Today, Mercedes-Benz unveiled the Vision EQS concept all-electric sedan which will offer a range of 700 km (WLTP). The battery capacity is approx. 100 kWh and the vehicle is capable of 350 kWh DC fast charging. It has an all-wheel-drive system with axle-variable torque distribution, 350 kW of total system output and 760 Nm torque. The Vision EQS accelerates from 0-100 km/h in under 4.5 seconds. The top speed is a bit above 200 km/h. The press release delivers complete details on the design of this beautiful concept, which will be the base of a production car, so we will just leave you to enjoy it via official photos from every angle. 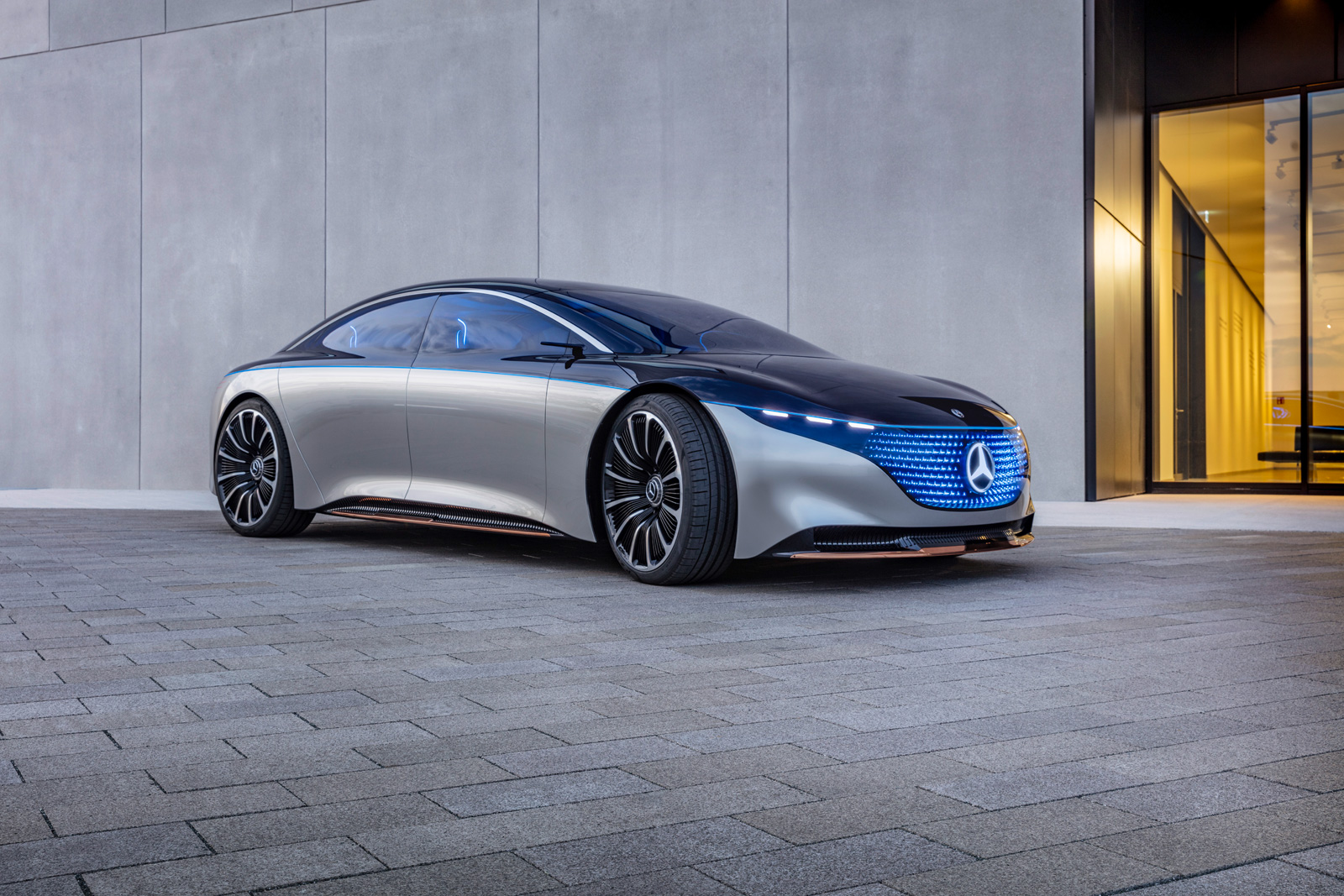 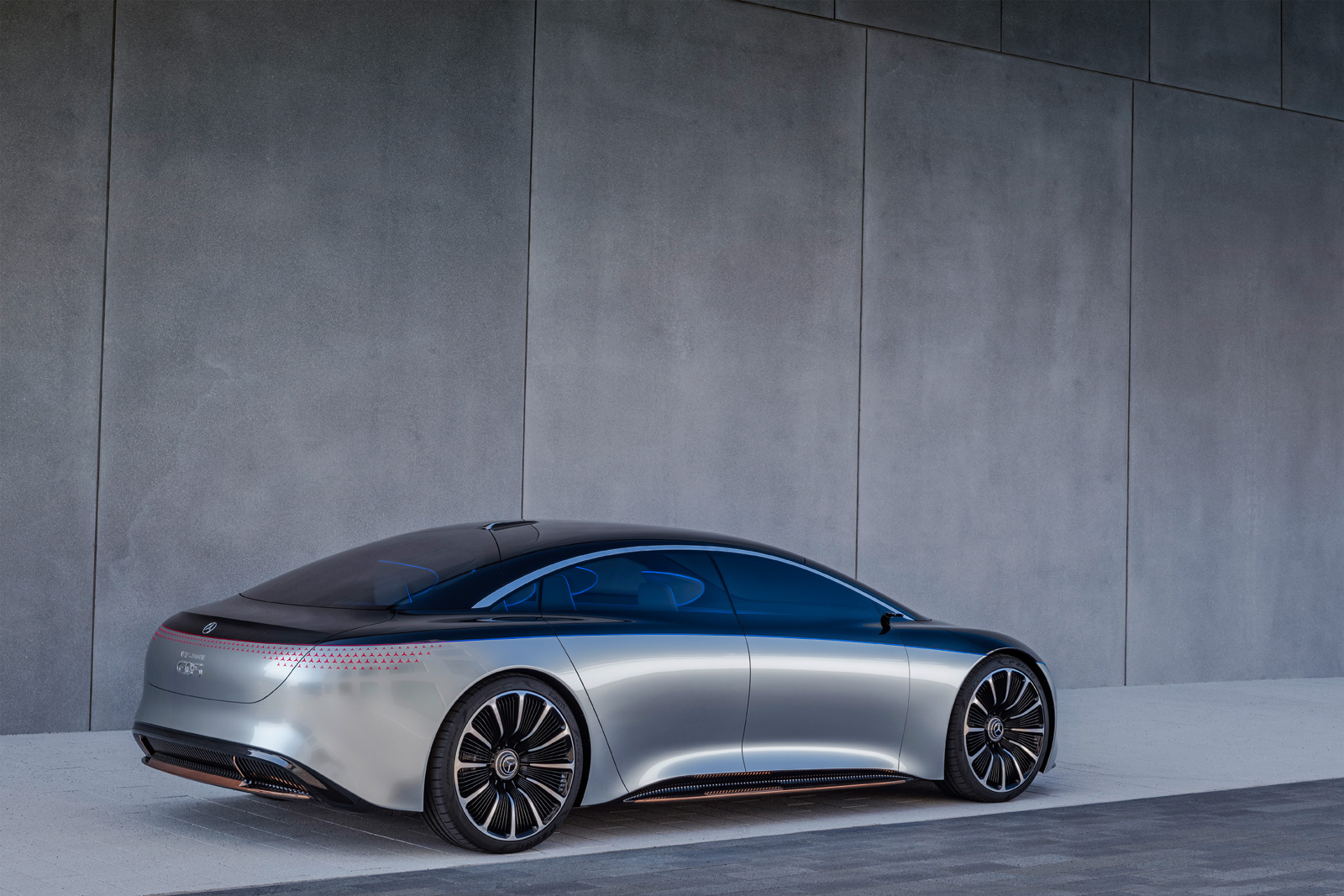 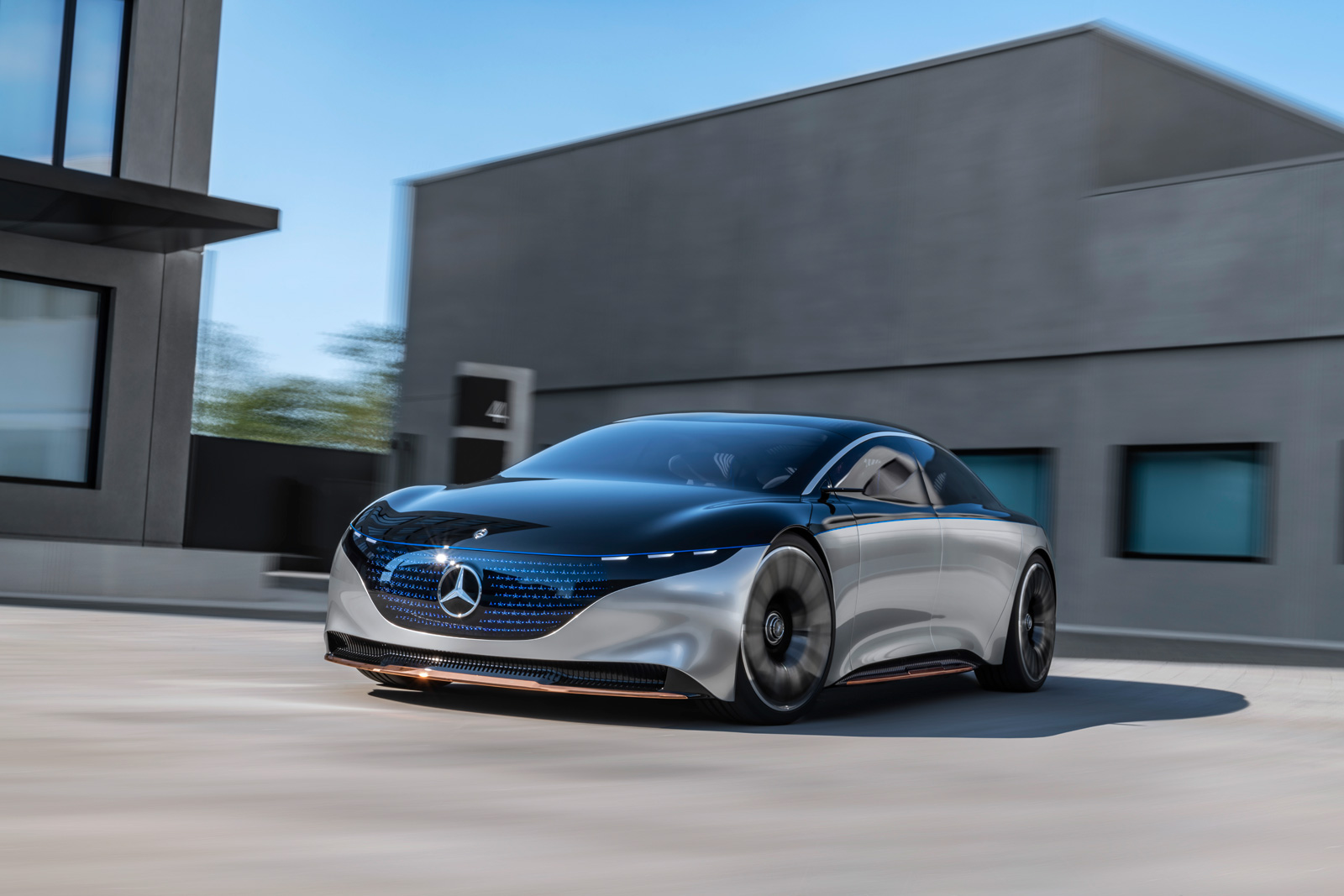 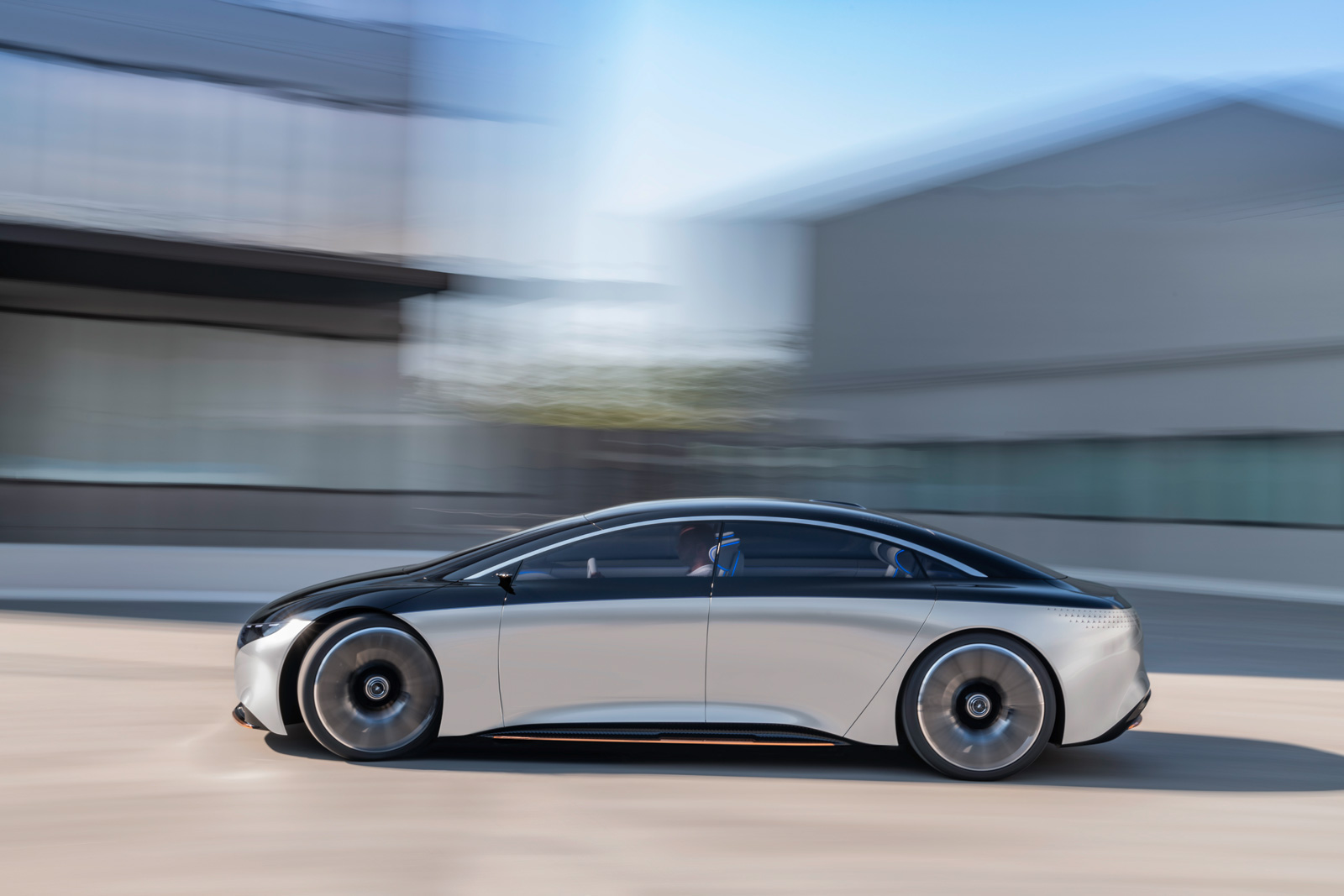 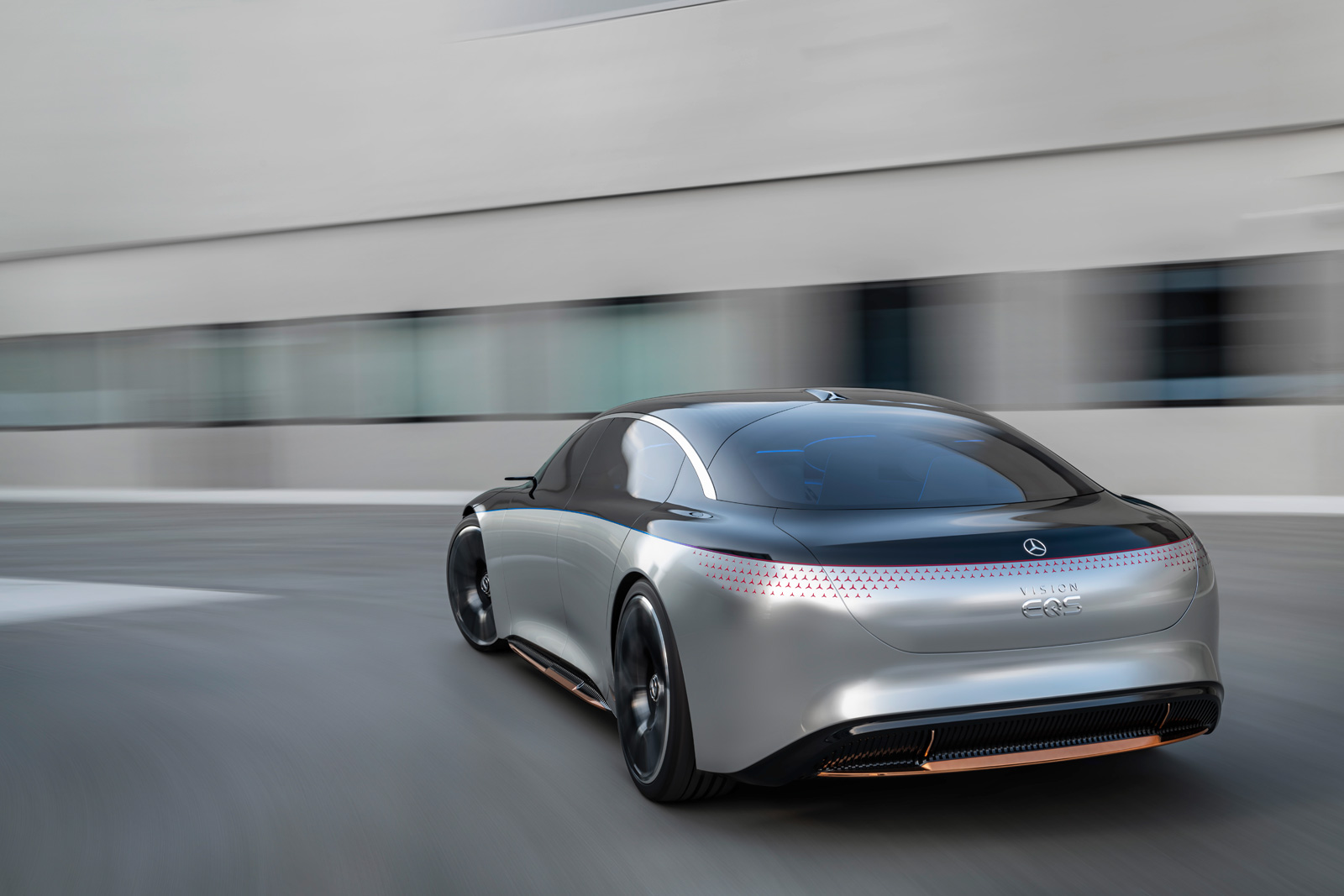 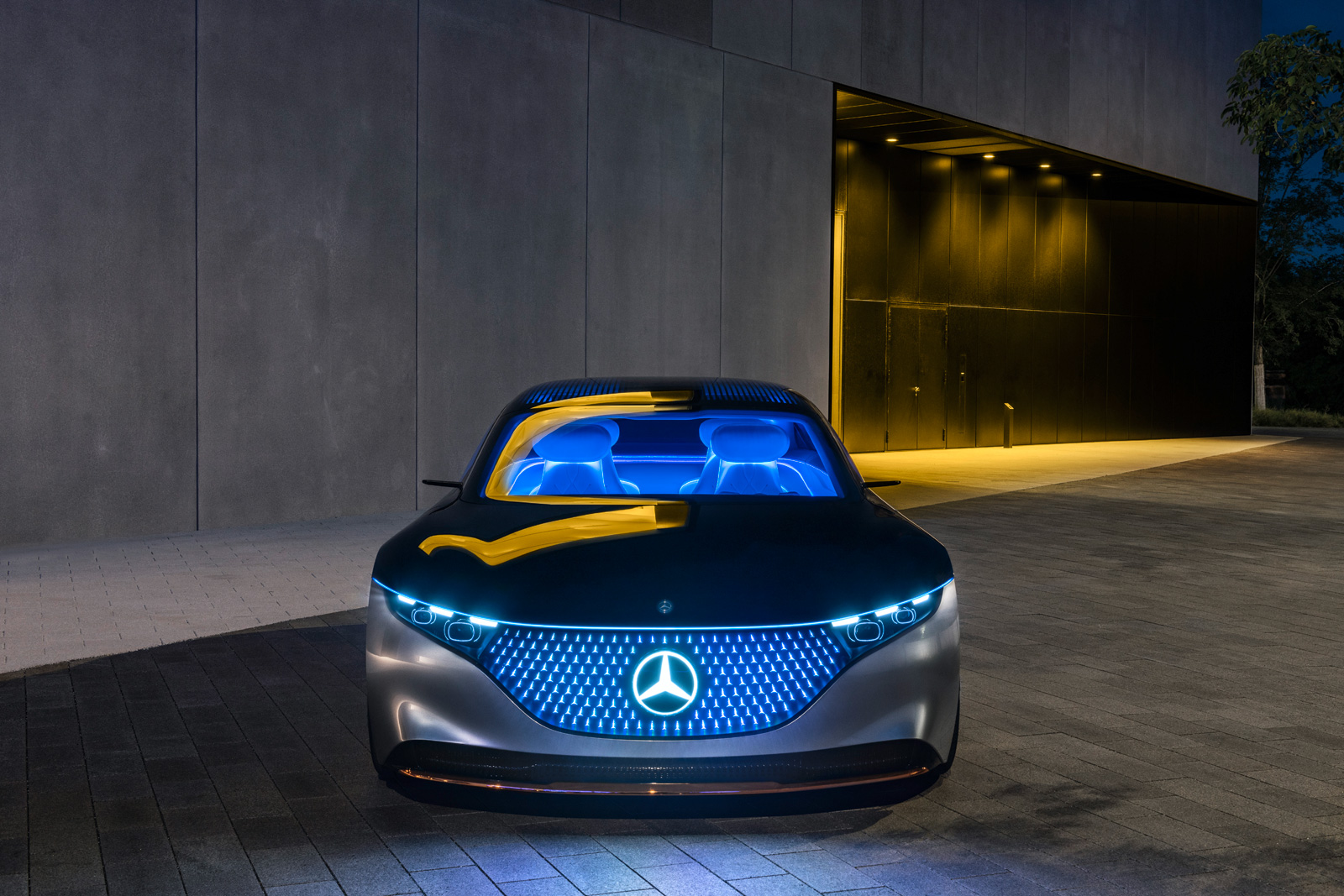 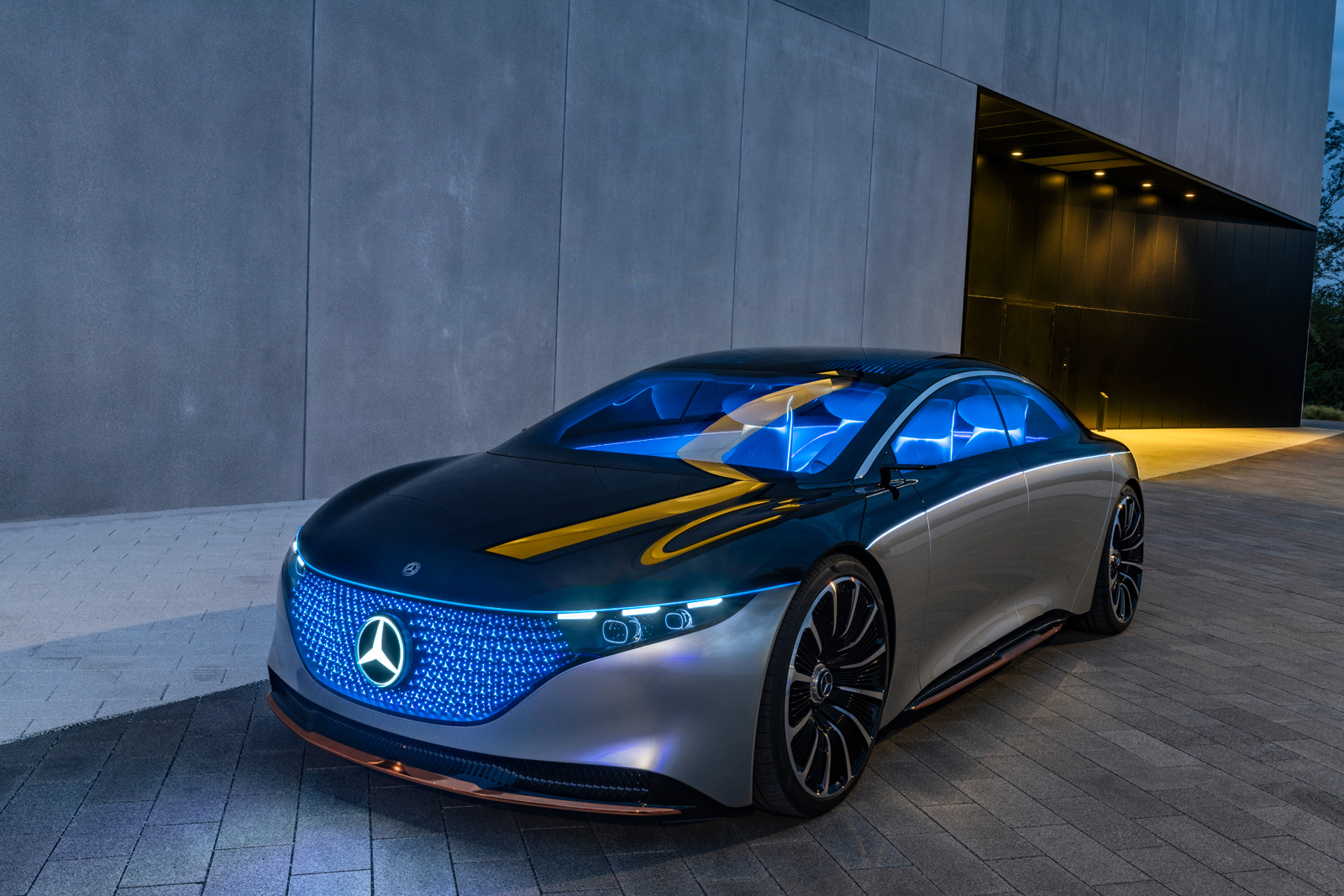 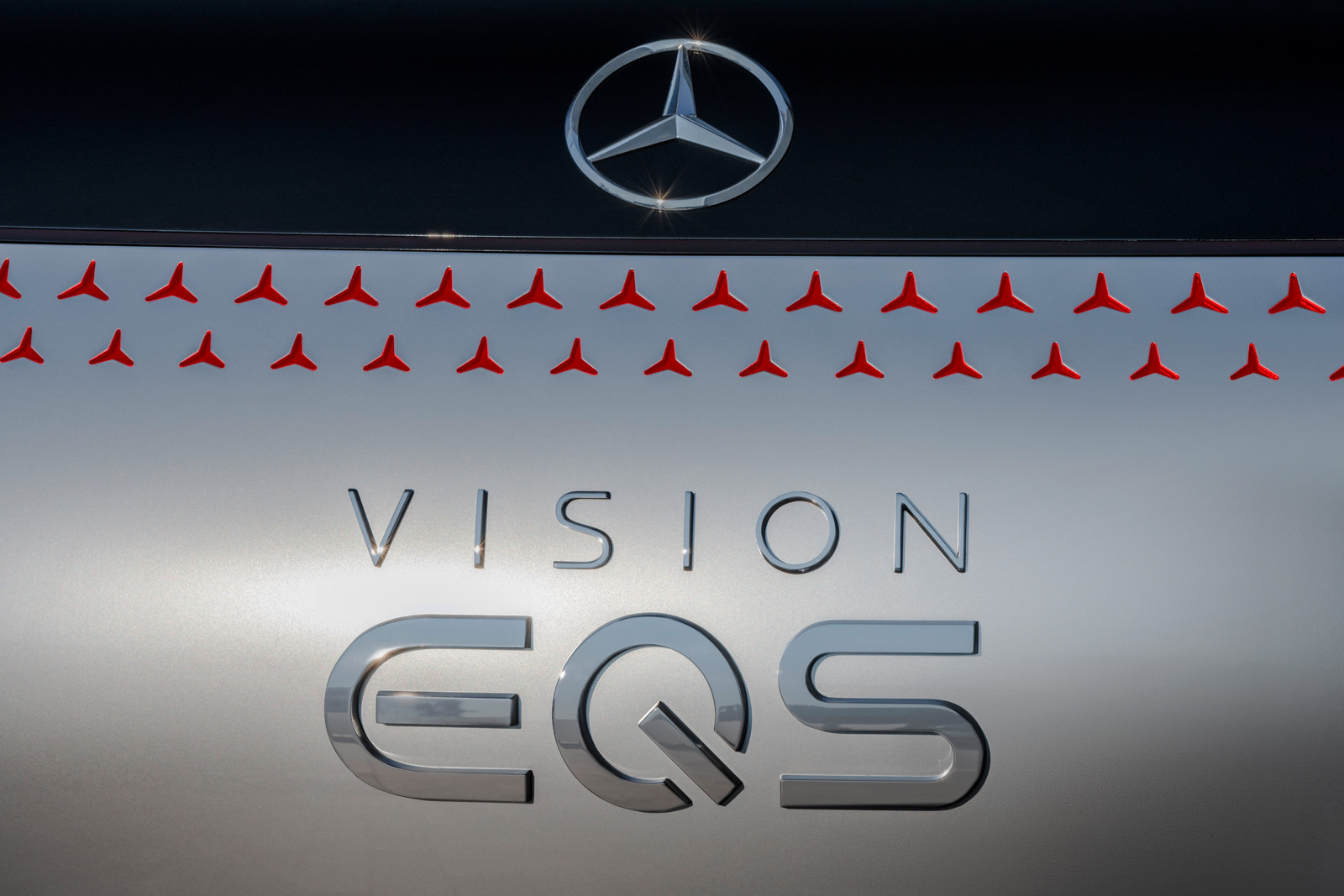 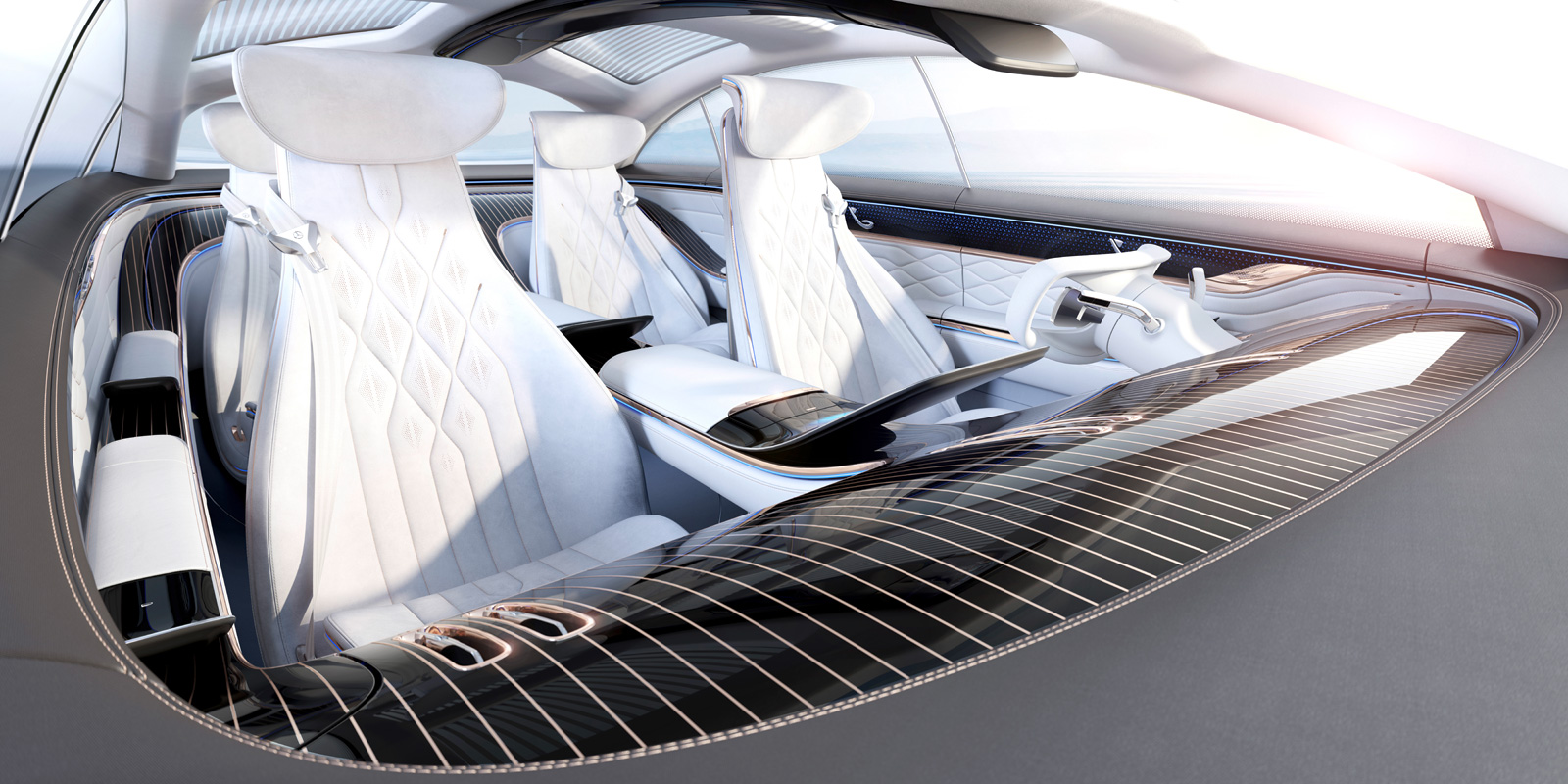 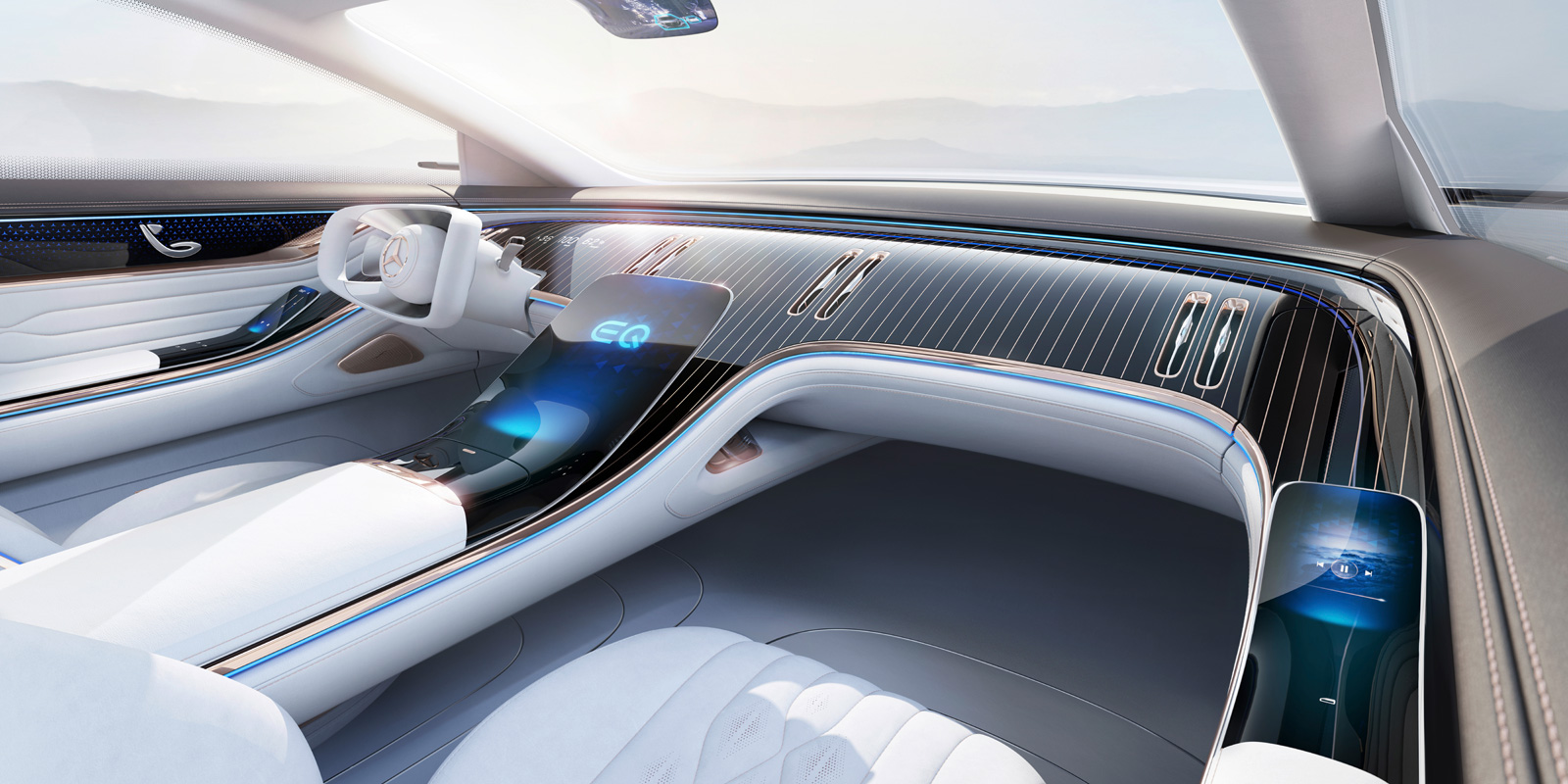 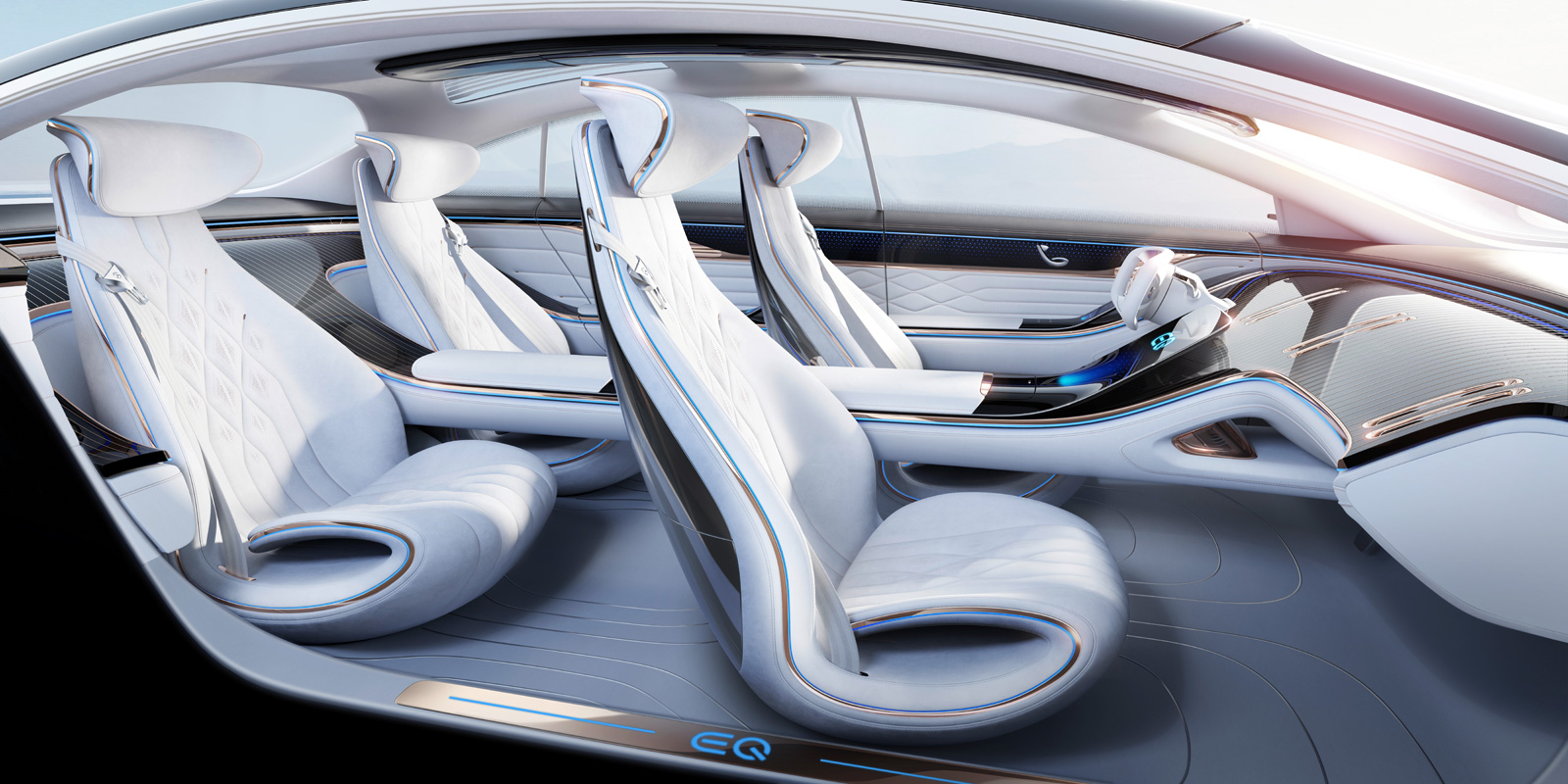 The production version of the all-electric sibling of the GLA - the Mercedes-Benz EQA - will have its première before the end of the year. This is what Mercedes-Benz announced while sharing a bunch of photos of the EQA winter testing. Prototypes of the model are now traveling across Sweden to test the thermal management of the battery and the interior, charging in the cold, driving safety, traction and energy...

Mercedes unveiled the VISION AVTR at CES 2020 at the beginning of January and today the company announced that the European debut of this futuristic concept is scheduled for the "Meet Mercedes" event which takes place on the day before the Geneva Motor Show, 2 March 2020, in the "HEAD - Genève“. The VISION AVTR is inspired by James Cameron's film Avatar and the result of unusual global cooperation between one of the...

A couple of months ago, IBM Research announced it has discovered three new materials extracted from seawater for EV batteries. This research included Mercedes, Central Glass Sidus. In January, IBM and Daimler unveiled they use "a quantum computer to model the dipole moment of three lithium-containing molecules, which brings us one step closer the next-generation lithium-sulfur (Li-S) batteries that would be more...

Mercedes-Benz India showcases the EQC 400 4MATIC Edition 1886, will launch the EQC in India in April

10 Mercedes-Benz eVito vans with full Amazon branding on them are now circulating the streets in central Munich. All are the long body variant of the eVito (5370 mm wheelbase). Amazon plans on launching into operation more vehicles to expand its electrically operated fleet. The Mercedes-Benz eVito packs a 41 kWh battery that is good for a run of 150-184 km. It takes 6 hours of charging to offer the same range again...

Well, it's CES time in Las Vegas, meaning it's concepts time for automakers. This year, Mercedes-Benz has gone wild with its VISION AVTR concept. The extremely futuristic and beautiful looks of the vehicle have been inspired by the Avatar film. The concept was presented by Daimler CEO Ola Kaellenius and Avatar director James Cameron. The VISION AVTR concept interprets the currently modern ideas of a vehicle being an...

IBM Research has announced a breakthrough in EV batteries materials research. It has come up with "three new and different proprietary materials, which have never before been recorded as being combined in a battery." They allow the creation of an EV battery without heavy metals and other substances that might raise sourcing concerns. These materials can be extracted from seawater. Moreover, IBM Research reports that...

Daimler will launch the 2020 Mercedes-Benz EQC 4MATIC in South Korea this weak with sales starting tomorrow - October 22nd. The model is priced at 105 million won (US$89,000). Unlike other brands of imported cars, Mercedes has enjoyed a stellar year in South Korea. From January to September 2019 the sold imported cars totalled 167,093 units which are 15% less year on year, according to the Korea Automobile Importers...

Daimler teases the Mercedes-Benz EQS once again, this time with a video

Daimler has kept a tight lip on the Mercedes-Benz EQS concept. So far, it has released only one shot of the vehicle depicting it under wraps. Today, the company teased it on Facebook again, but this time with a video. It only shows the front grille with the Mercedes emblem on it, while the car is on the move. The concept of a luxury sedan will debut at the IAA 2019 in Frankfurt this week, where Mercedes will also...

Today, Daimler announced the world's first all-electric MPV - the Mercedes-Benz EQV. The concept of this model was presented at this year's Geneva auto show and now the series version of the model is a fact. It will be displayed to the public for the first time at this year's IAA (12 to 22 September). Mercedes-Benz EQV has a 150 kW electric motor with 362 Nm of torque positioned on the front axle with an integrated...

The Transport & Environment (T&E) group for a "smarter, cleaner transport in Europe" predicts that in the next three years the number of electric car models on the European market will more than triple. The numbers include BEVs, PHEVs and fuel cell vehicles, or broadly NEVs. More specifically, at the end of 2018, there have been 60 NEV models and in 2021 there will be a total of 214 NEV models, which will increase...