Volkswagen and "Volkswagen und Audi Partnerverband" will deploy a new sales model for the all-electric ID. family in Germany that will come into effect in April. How does it work? Local VW dealers will act as agents. They will be responsible for the acquisition, sales consultation, organizing test drives, transaction processing and vehicle handover in coordination with Volkswagen. They will not deal with vehicle financing and no longer need to negotiate the price. In return, the dealers receive a commission and a bonus identical to showroom-based business, even if the vehicle is bought online.

Holger B. Santel, Head of Sales and Marketing Germany, said: "The agency agreement for the ID. family is a further important milestone in the forward-looking orientation of our sales model. For the first time, we will be the customer’s direct contractual partner, while their familiar Volkswagen partner remains involved in the process as the agent. This partner can focus primarily on its role as a customer consultant and we also reduce the financial burden. The concept takes account of the shift in customer expectations towards a seamless buying experience between the online and offline worlds."

Dirk Weddigen von Knapp, Chairperson of Volkswagen and Audi partner association, said: "The new agency agreement gives our partners reliable and calculable compensation regardless of whether the customer buys their vehicle online or from the dealer. At the same time, the manufacturer takes responsibility for marketing the vehicles and for their residual value." 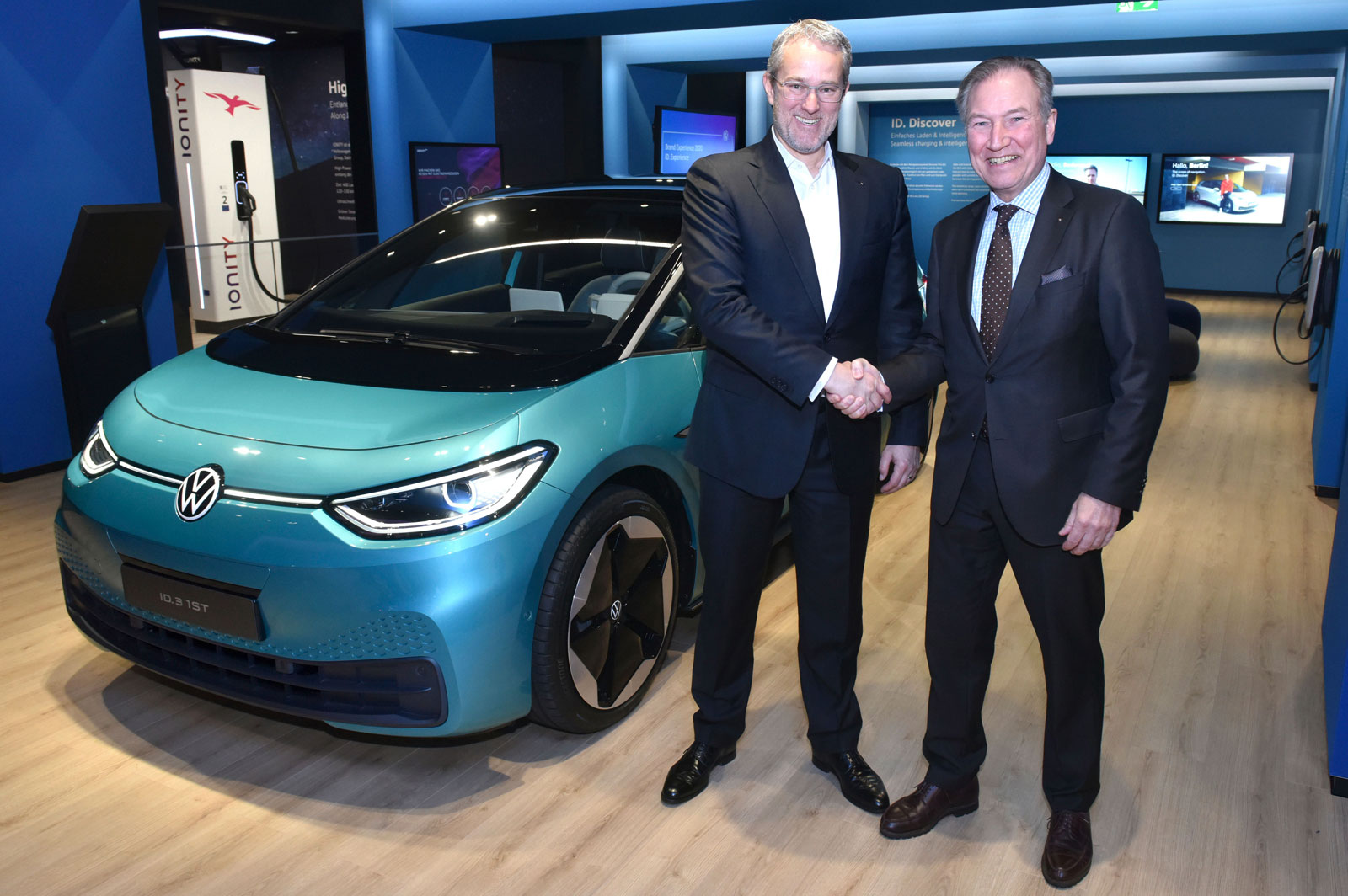 Volkswagen Group Components has unveiled its latest work - a prototype of a mobile charging robot that drives to the electric car completely autonomously after being started via an app or V2X communication. It brings a trailer in the form of a mobile energy storage device- to the vehicle and connects them so it charges the EV battery. The energy storage device is called a battery wagon and has a 25 kWh capacity. In...

Volkswagen ID.3 Pro S has an 11 kW onboard charger and employs a total of 288 cells in a 408V system

Volkswagen has announced that its Brunswick plant is where the batteries for all vehicles based on the MEB platform are and will be produced. It plans to output up to 500,000 units per year. A battery pack consists of modules and each module consists of battery cells. On the ID.3, the largest battery pack has a net capacity of 77 kWh and estimated gross capacity of 82 kWh. It comprises of 12 modules and each one of...