The standard versions of Lucid Air will use LG Chem batteries. That was announced earlier by Lucid Motors. Under the agreement, the Korean giant will supply battery cells to Lucid up to 2023. "The agreement with LG Chem puts Lucid on the best possible path to production for the Lucid Air, ensuring the necessary energy density and cell availability to fulfill our promise of class-leading range to consumers," said CEO Peter Rawlinson. The Lucid Air Dream Edition will make its global debut in New York this April - when Lucid will also reveal final designs, specifications, and pricing. 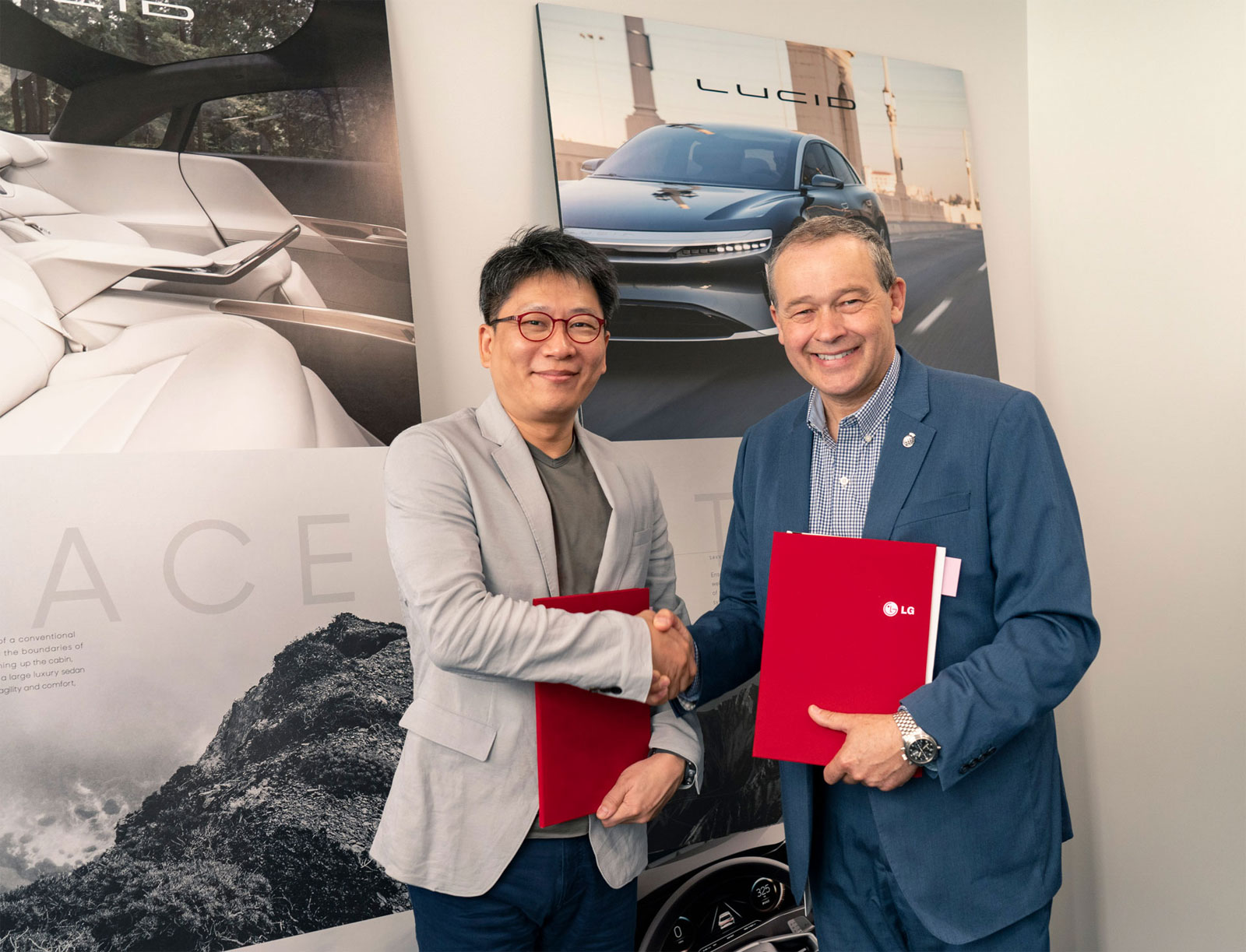 Lucid Air pricing and specifications will be unveiled on September 9

Lucid Motors announced that the Lucid Air will be fully unveiled on September 9. The online event will include complete details about the specifications, design, and pricing of the brand's first model. Meanwhile, the company has welcomed more than 160 new members to its team during the past 90 days and is in the phase of a gradual return to its SIlicon Valley headquarters. In addition, the beta prototype fleet has...

Volkswagen has initialized its TR5 project for EV battery supplies

The Elec reports confirmed information that Volkswagen has sent letters of intent (LOI) to battery makers to buy batteries for its MEB platform. LG Chem, Samsung SDI, SK Innovation, and CATL have expressed their intention to participate in this project, which was named TR5. The industry estimates that the total costs will be around EUR 14.6 billion, which is in line with the European volume of the TR2 project. Up to...

Korean media cite industry sources, according to which LG Chem will supply battery cells to Ford for the Mustang Mach-E. The cells will be produced at the LG Chem Wroclaw plant in Poland. Ford will do its own pack assembly. LG Chem has been supplying batteries to Ford since 2010. LG Chem's battery was installed in the Ford Focus pure electric version. In addition to Ford, LG Chem has General Motors (GM), Volkswagen...

In December last year, GM and LG Chem confirmed that they will build an EV battery plant in Lordstown, Ohio. Today, GM announced that the joint venture created by the two companies for this project is named Ultium Cells LLC. Moreover, construction has started with group prep activities. Even in pandemic times, product development work on GM's future EV and AV portfolios continues to progress at a rapid pace. The...

LG Chem finally took the top spot in the global electric vehicle (EV, PHEV, HEV) battery usage ranking according to the sales in the first quarter of 2020. Samsung SDI and SK Innovation ranked 4th and 7th respectively. In the first quarter of 2020, the total battery energy of electric vehicles registered in vehicles around the world was 20.4 GWh, down 14.2% from the same period last year. This is due to the slowdown...

According to industry sources, yesterday LG Chem has dispatched more than 200 people, including employees of business partners, to the Wroclaw battery factory in Poland. This is a special LOT Polish Airlines flight approved by the Polish government for the return of groups of Korean residents living in Poland. Moreover, the Polish government is expected to waive its 14-day quarantine requirement for LG Chem...

According to SNE Research and its data for the global EV battery usage in February 2020, the South Korean companies have gained a total of 42% of the market share, which is deemed as a real breakthrough. Panasonic is first with 34.1%. LG Chem is second with 29.6%. CATL is third with 9.4%. AESC Japan is fourth with 7.7%. Samsung SDI is fifth with 6.5% and SK Innovation is sixth with 5.9% market share. They are...

LG Chem Wroclaw Energy will receive a €480 million loan from the European Investment Bank (EIB). The money will be used for the construction and operation of highly automated and innovative manufacturing facilities for advanced lithium-ion cells and batteries for battery-powered electric vehicles (BEVs). The EIB financing will cover around a third of the total project costs, estimated at €1.5 billion. The remainder...

South Korean news outlet The Guru reports that according to industry sources, Audi is prepping a battery assembly plant near its production facility in Ingolstadt, Bavaria, Germany. In February, Audi had to pause the production of the e-tron due to battery supply shortages. With its ambitious plan to invest 12 billion euros i in developing electric vehicle lineups, battery supply must be overcome as a bottleneck. By...