Volkswagen has announced that its Brunswick plant is where the batteries for all vehicles based on the MEB platform are and will be produced. It plans to output up to 500,000 units per year. A battery pack consists of modules and each module consists of battery cells. On the ID.3, the largest battery pack has a net capacity of 77 kWh and estimated gross capacity of 82 kWh. It comprises of 12 modules and each one of them houses 24 cells. The system employs 408 V of voltage. With AC, the battery charges at a maximum rate of 11 kW and with DC, the top charging rate is 125 kW. All these apply to the Volkswagen ID.3 Pro S, which is the only ID.3 version which has the largest battery pack available for the model. For the smaller battery packs on the ID.3 the number of modules is decreased and the onboard charger power plus the DC charging rate are also decreased. For example, the Volkswagen ID.3 Pro has a net battery capacity of 58 kWh (estimated gross - 62 kWh). It supports DC charging of up to 100 kW. The Volkswagen ID.3 Pure features a 45 kWh battery (net; estimated gross - 48 kWh). It has a 7.2 kW onboard charger and supports DC charging up to 50 kW. 100 kW DC charging capability is optional. 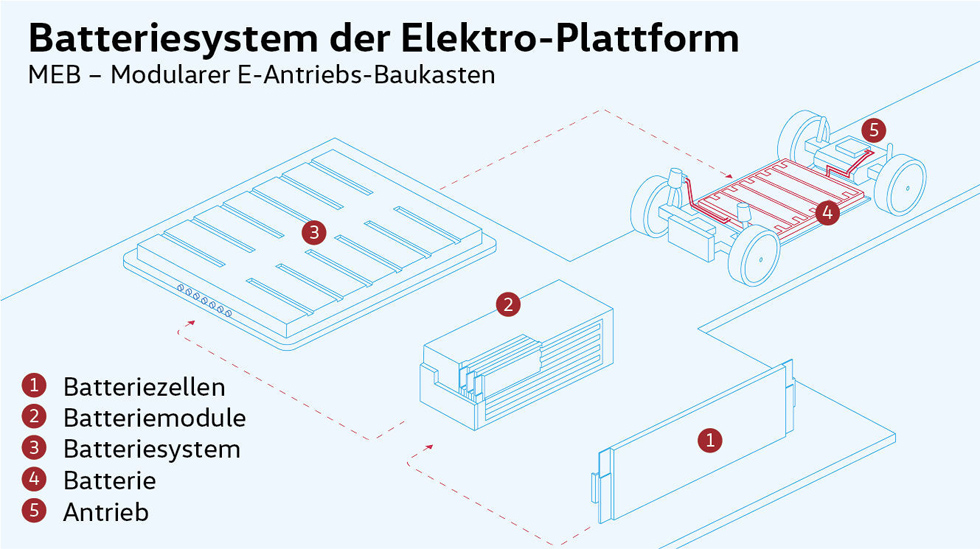 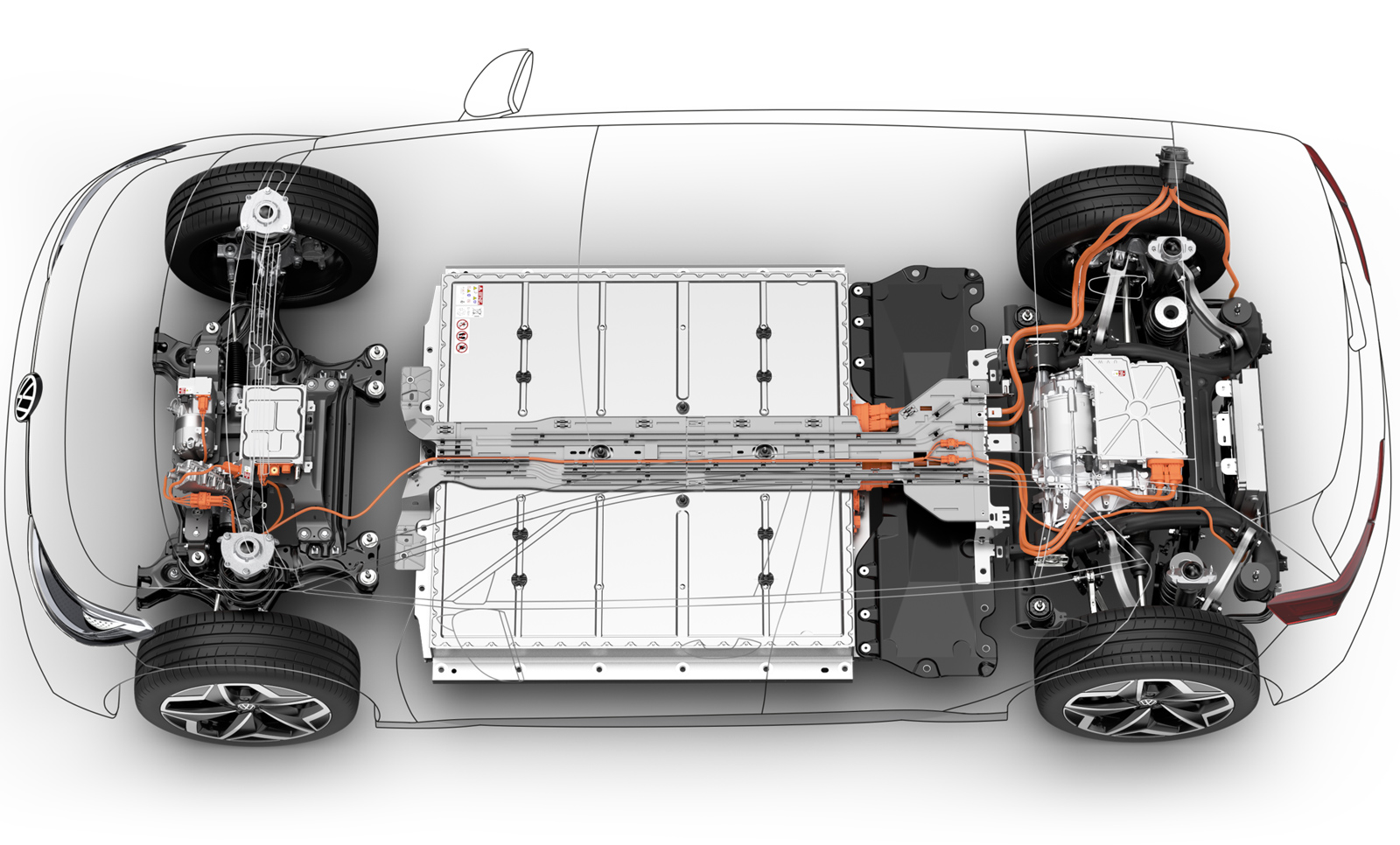 Volkswagen Group Components has unveiled its latest work - a prototype of a mobile charging robot that drives to the electric car completely autonomously after being started via an app or V2X communication. It brings a trailer in the form of a mobile energy storage device- to the vehicle and connects them so it charges the EV battery. The energy storage device is called a battery wagon and has a 25 kWh capacity. In...